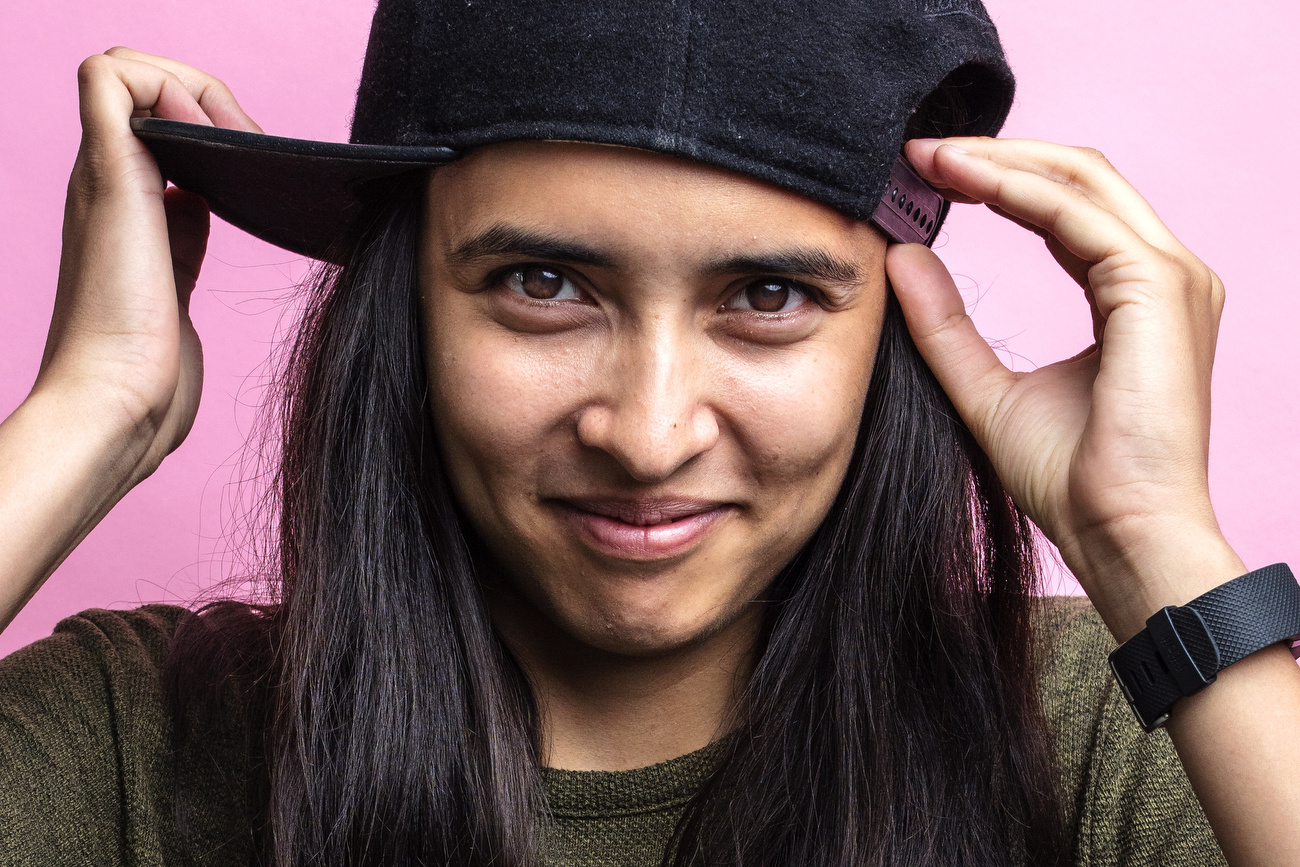 June 16, 2017 - Berlin, Germany: Diana Kinnert wears her signature base cap as she stands for a portrait prior to talks with journalists. Kinnert is a German author of Polish and Philippine origin, a student of political science and a member of Angela Merkels CDU party. Kinnert recently published a book: 'Für die Zukunft seh' ich schwarz

Plädoyer für einen modernen Konservatismus'. (Plea for a modern conservatism) She joined the CDU as a teenager and besides being openly gay and a kid of immigrants she is considered to be one of the upcoming female stars in this conservative party of Angela Merkels. Recent articles about her feature headlines like: 'Kinnert just about to quickly save the CDU' and ' Kinnert is the hope of the CDU'