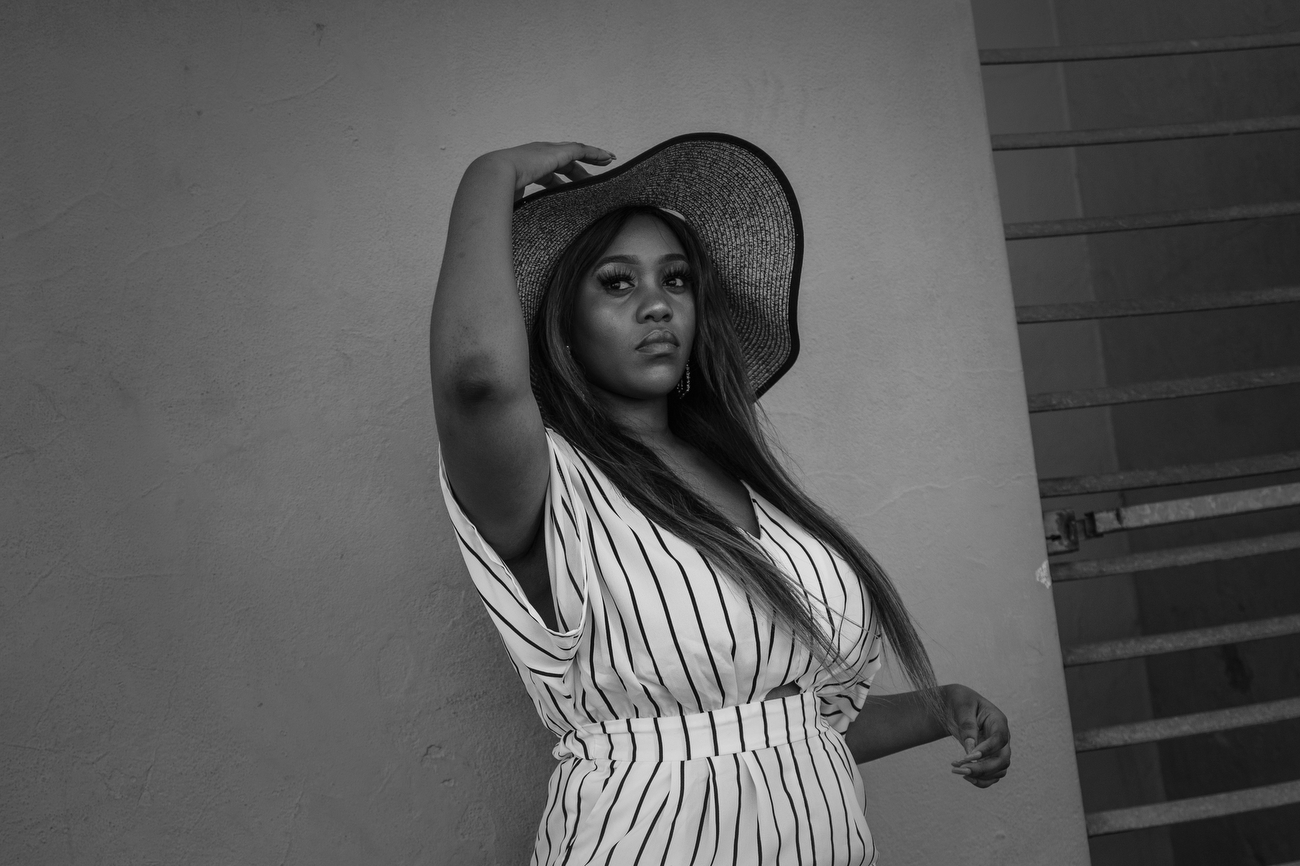 
Cape Town, South Africa: A woman poses for her boyfriend (not pictured) in Bo-Kaap district. The Bo-Kaap (“above the Cape" in Afrikaans) is an area of Cape Town, South Africa formerly known as the Malay Quarter. It is a former township, situated on the slopes of Signal Hill above the city centre and is a historical centre of Cape Malay culture in Cape Town.