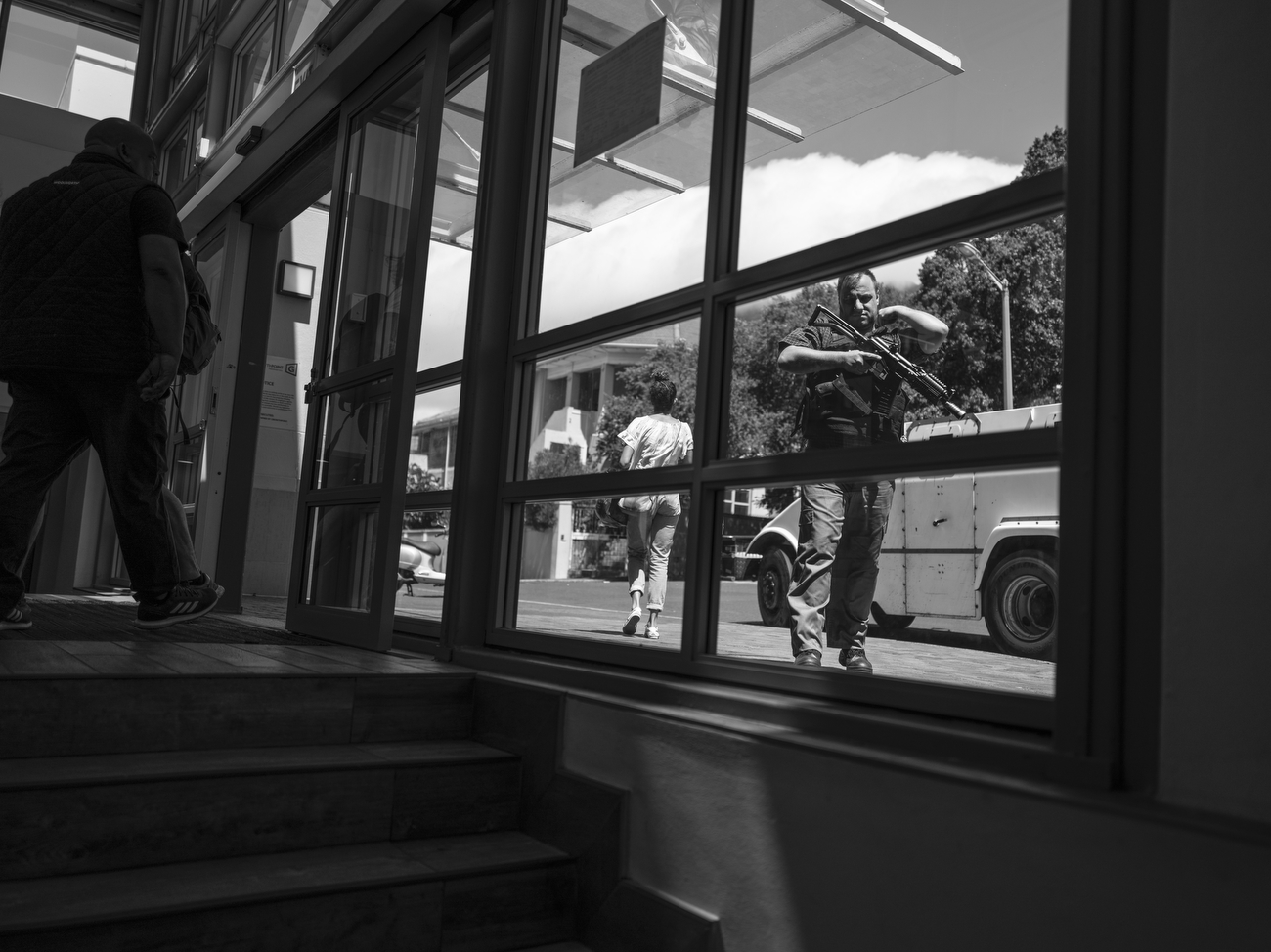 
Cape Town, South Africa: A security guard holds an assault rifle as he stands in front of Gardens shopping mall.