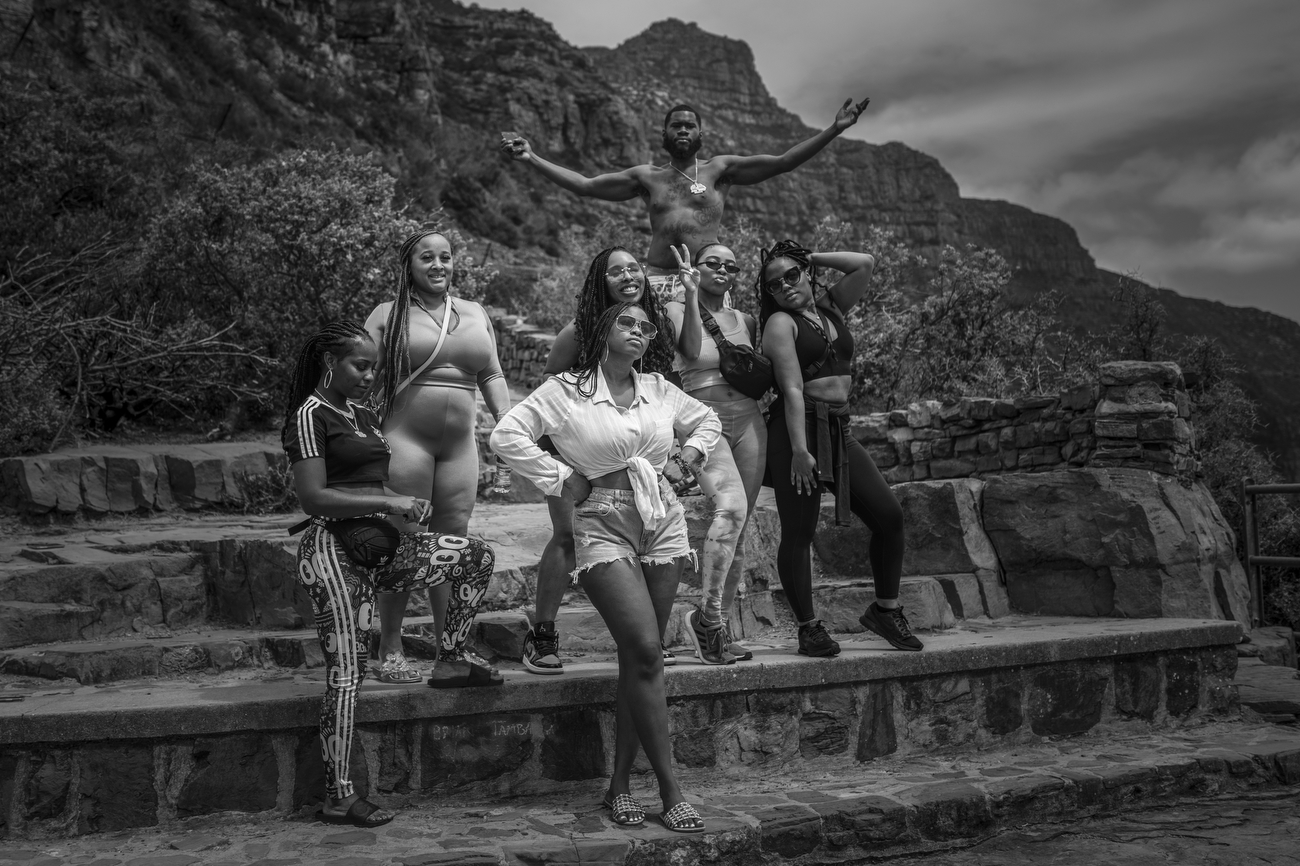 
Hout Bay, South Africa: A tourist group from the US celebrates a members birthday on Chapman's Peak. South Africa is according to TIME the most unequal country on the planet. A surge in Cape Town’s murder rate has raised concerns that it could soon challenge for the unenviable title of the world’s most dangerous city.