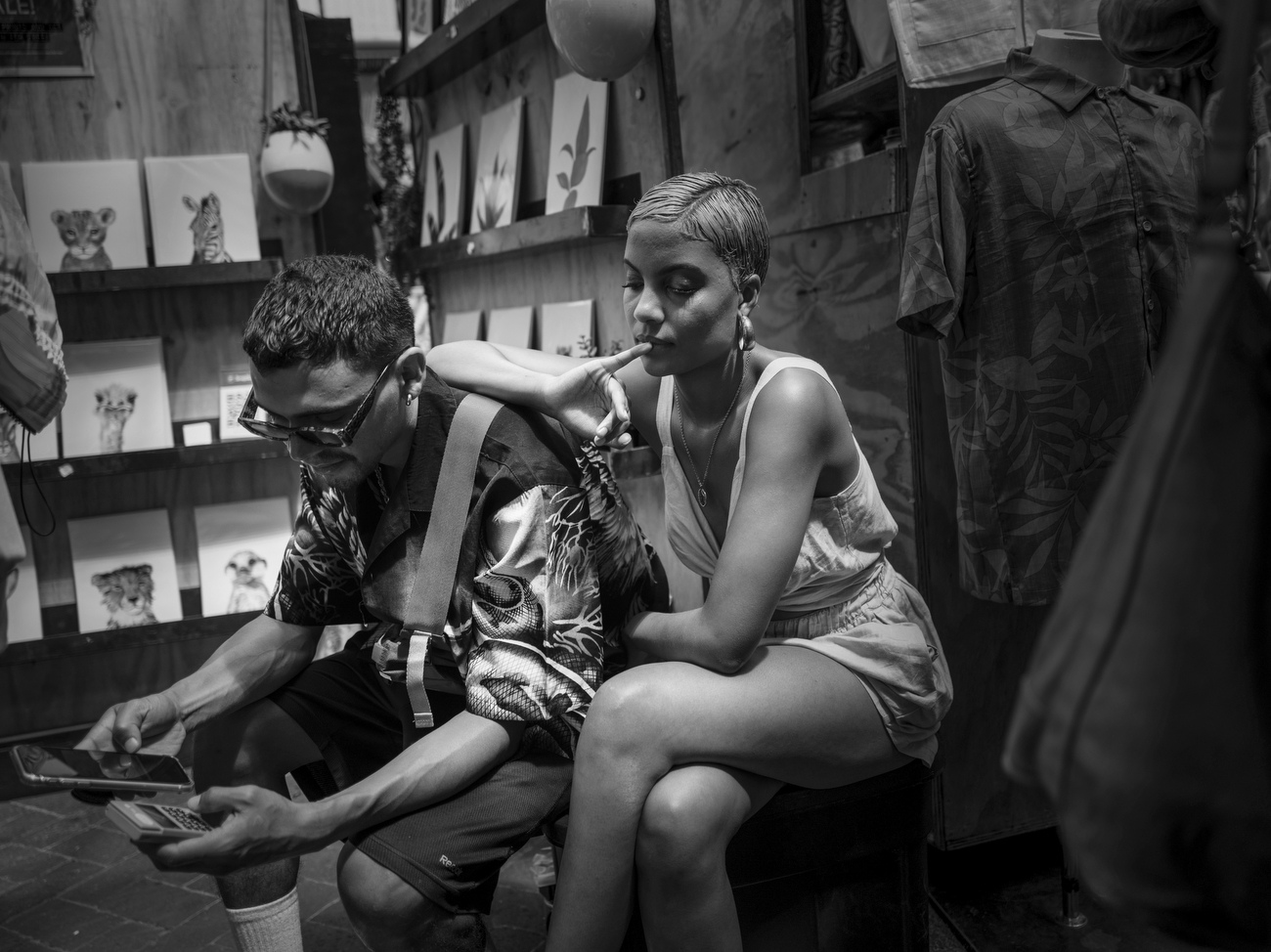 
Cape Town, South Africa: A chic young urban couple checks balances on their cell phones inside a booth at Neighbourgoods Market inside the Old Biscuit Mill in hipster Woodstock district.