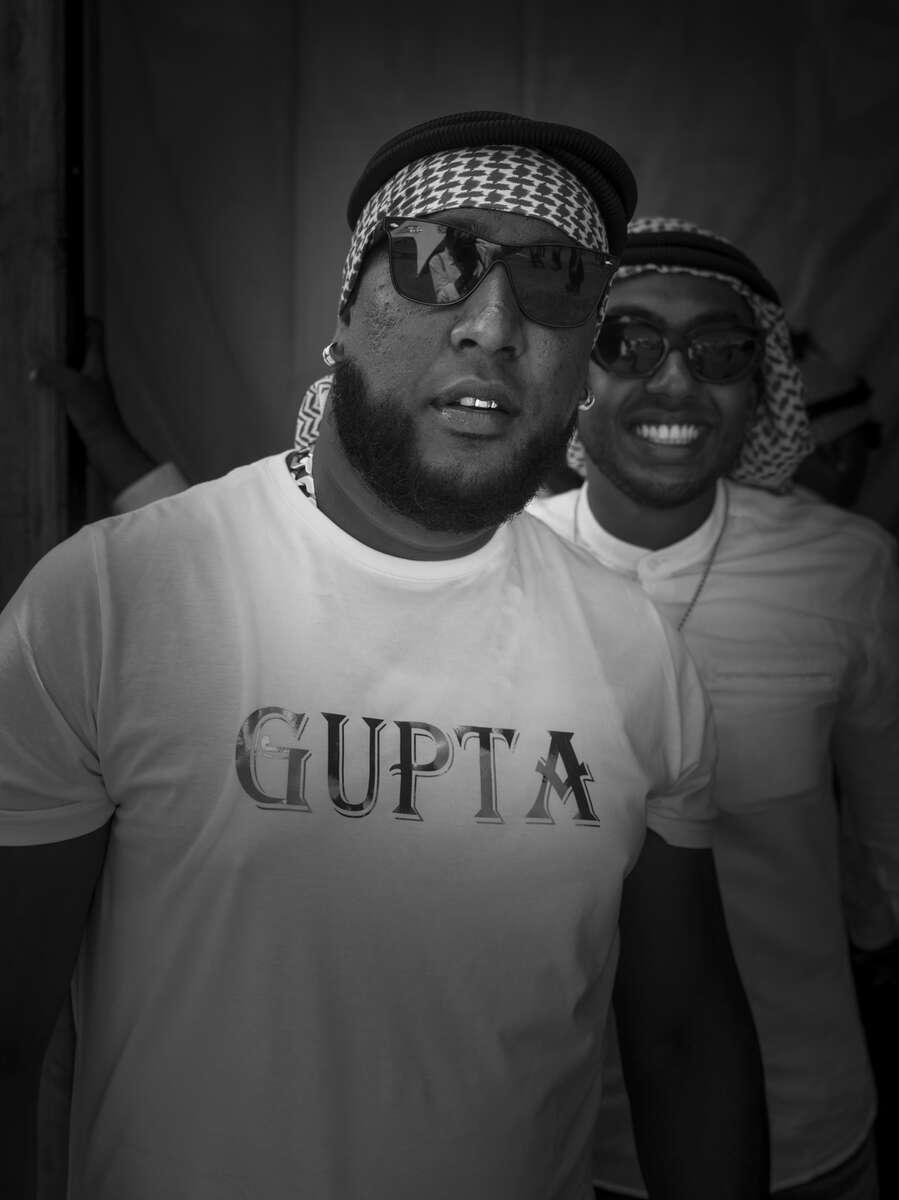 
Cape Town, South Africa: Young man wear the kufiya, golden teeth and jewelleries, dark sunglasses and t-shirts that feature the name GUPTA as they attend the The Sun Met. Africa’s Richest Horse Race. The Sun Met has announced: 'African Luxury: Visionaries' as the theme for its 2020 annual race day.

The Guptas allegedly stole “hundreds of millions of dollars through illegal deals with the South African government, obfuscated by a shadowy network of shell companies and associates linked to the family”, the US Treasury said on the day they imposed sanctions on South Africa’s Gupta business family.