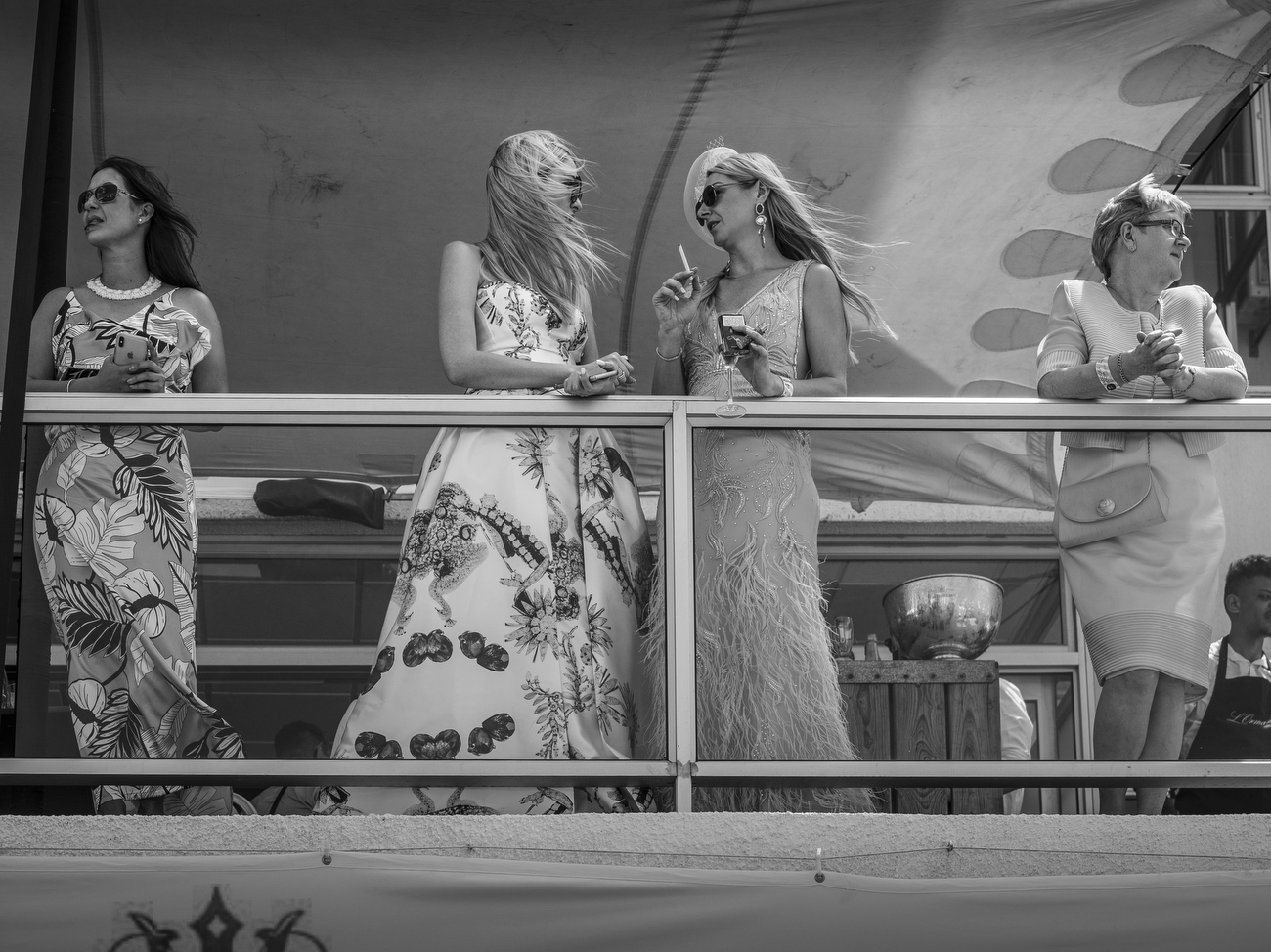 
Cape Town, South Africa: Female guests stand on a VIP balcony as they attend the The Sun Met. Africa’s Richest Horse Race. The Sun Met has announced: 'African Luxury: Visionaries' as the theme for its 2020 annual race day.