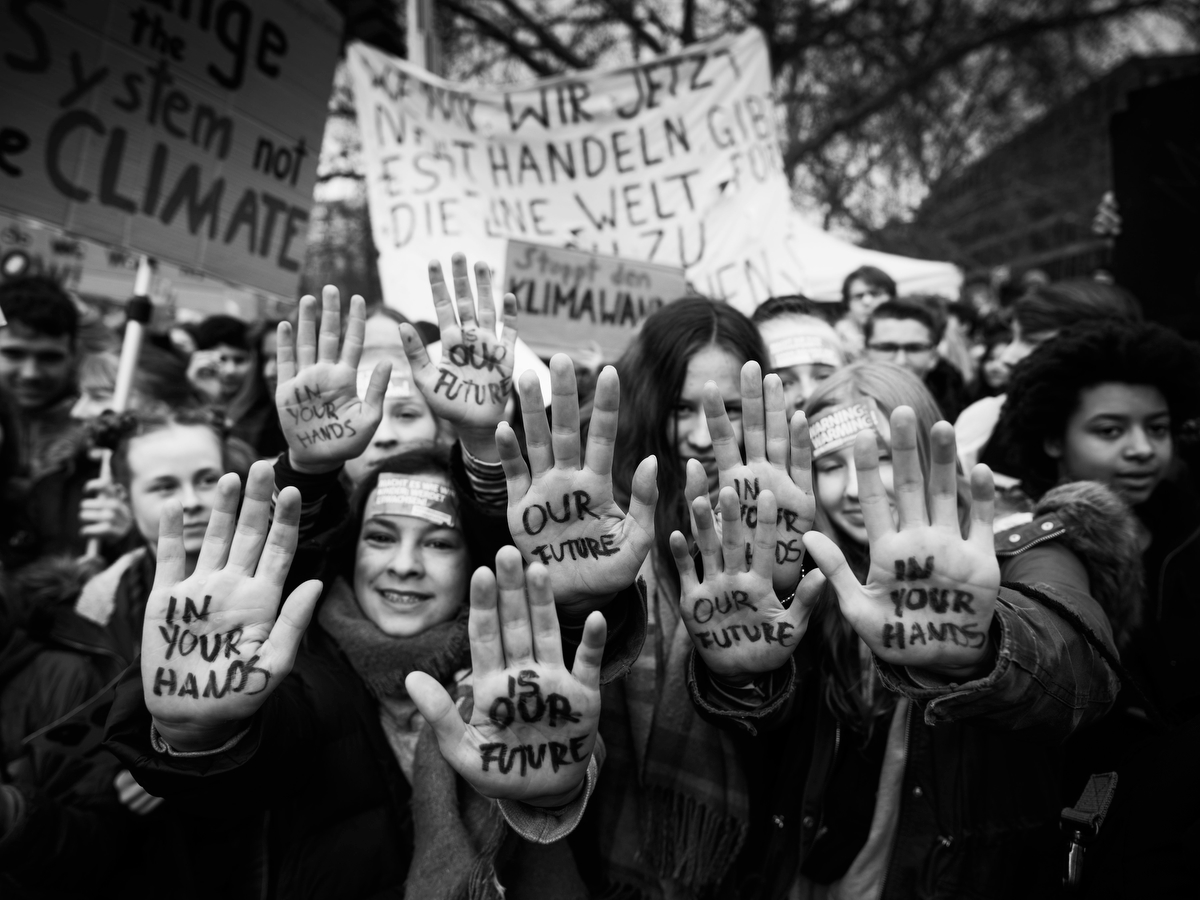 
Berlin, Germany: Children and students hold up their hands inscribed with: 'In your hands is our future' as they participate in a FridaysForFuture climate protest march.According to organizers striking students took to the streets today in 220 cities and towns across Germany to protest for policies to avert further climate change, with 25,000 people taking part in the protest in Berlin. Worldwide student protests are expected in over 1,000 cities. The worldwide protests were inspired by Swedish teen activist Greta Thunberg, who camped out in front of parliament in Stockholm last year to demand action from world leaders on global warming.