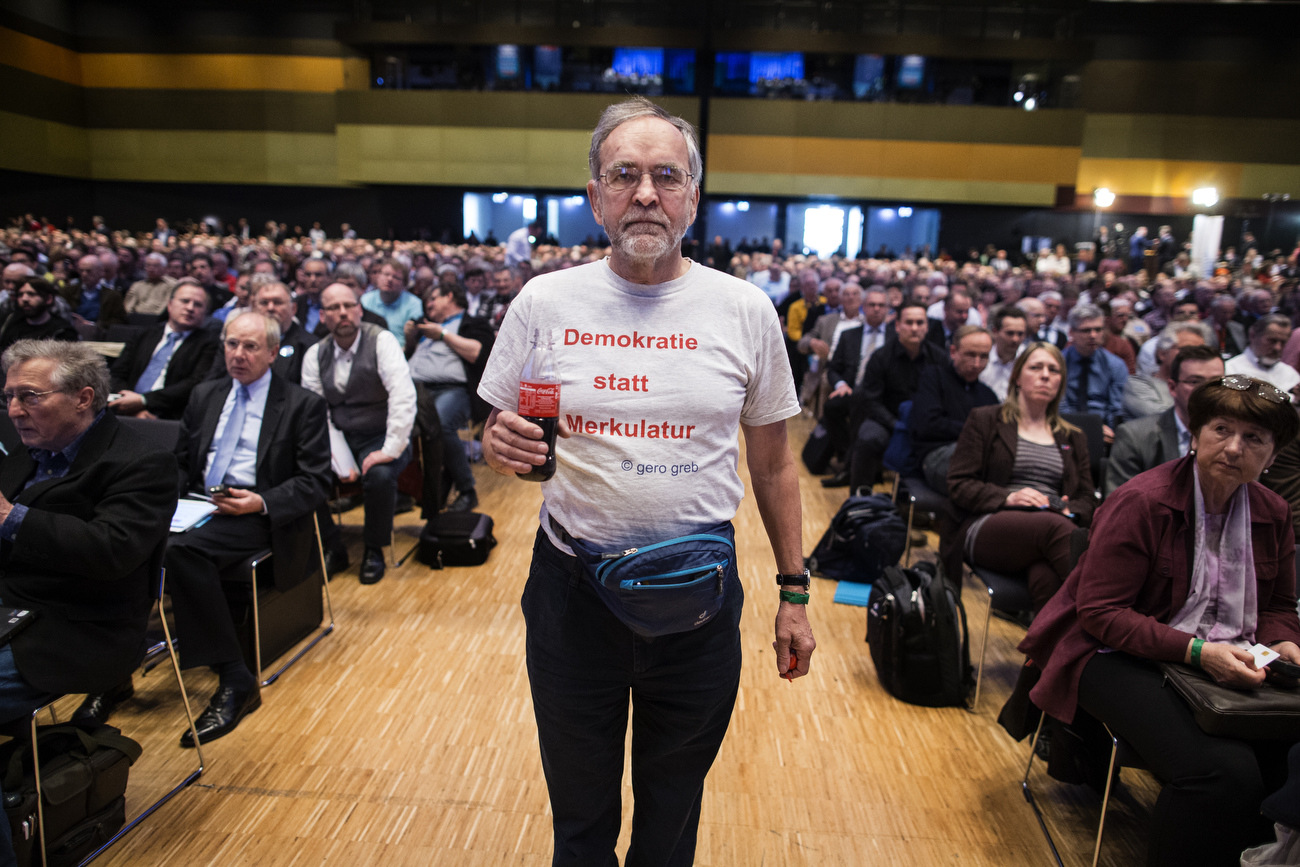 April 30, 2016 - Germany, Stuttgart: A man wears a t-shirt that reads: Democracy instead of Merkulatur as he joins about 2000 registered members that attend the party congress of the right-wing party Alternative für Deutschland (AfD). The rapidly growing party is expected to adopt an anti-Islamic manifesto, emboldened by the rise of other European anti-migrant groups like Austria's Freedom party.