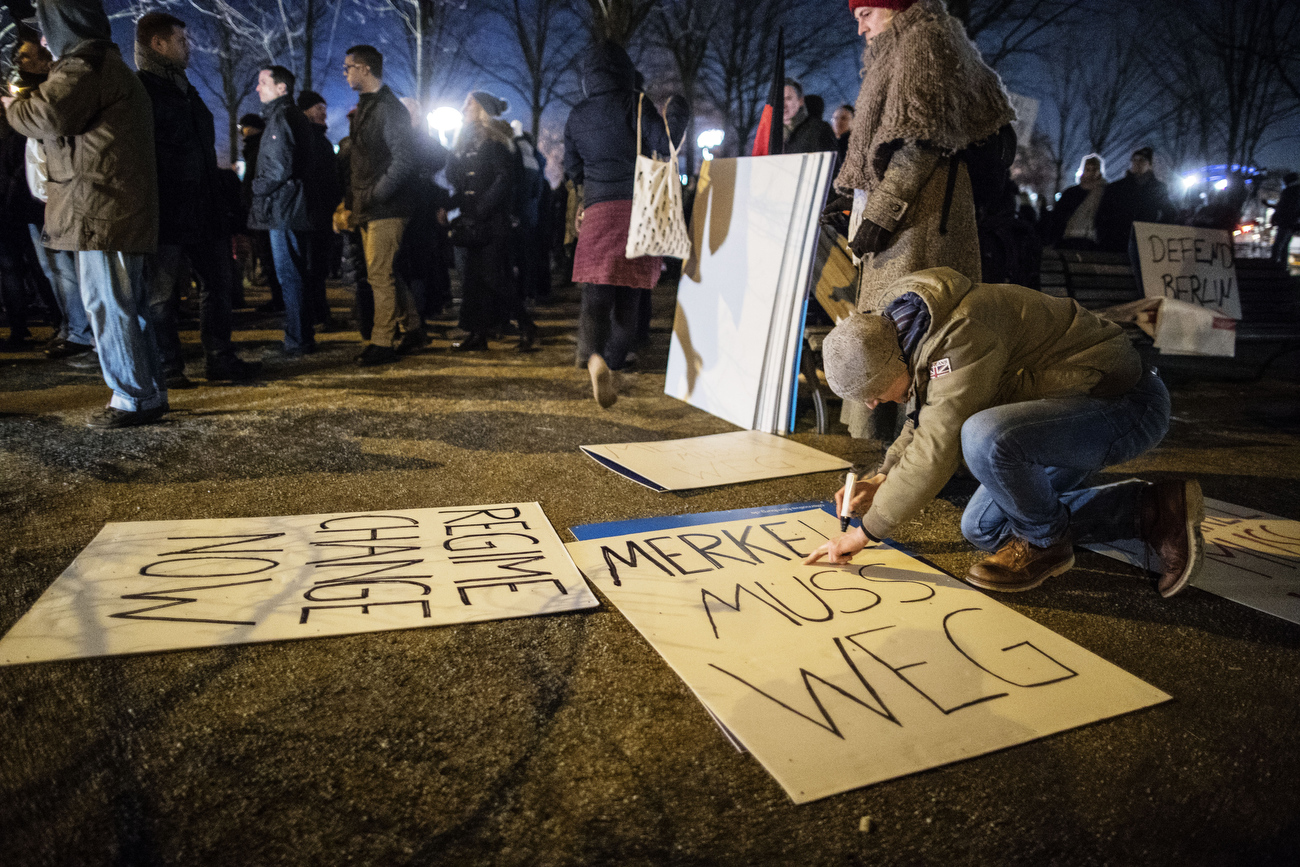 December 21, 2016 - Berlin, Germany: Supporters of the right-wing AfD (Alternative fuer Deutschland) political party and of the Identitaeren (Identitarian movement, a hipster alike extrem right youth movement) hold signs that read: 'Merkel must go' and 'Remigration' and 'Defnd Berlin' at a vigil near the Chancellery for victims of the recent Berlin Christmas market terror attack. Right-wing groups are seeking to capitalize on the tragedy in which a man drove a truck into the market, killing 12 and injuring 48, especially now that the main suspect, still at large, is a Tunisian man who entered Germany as an asylum applicant.