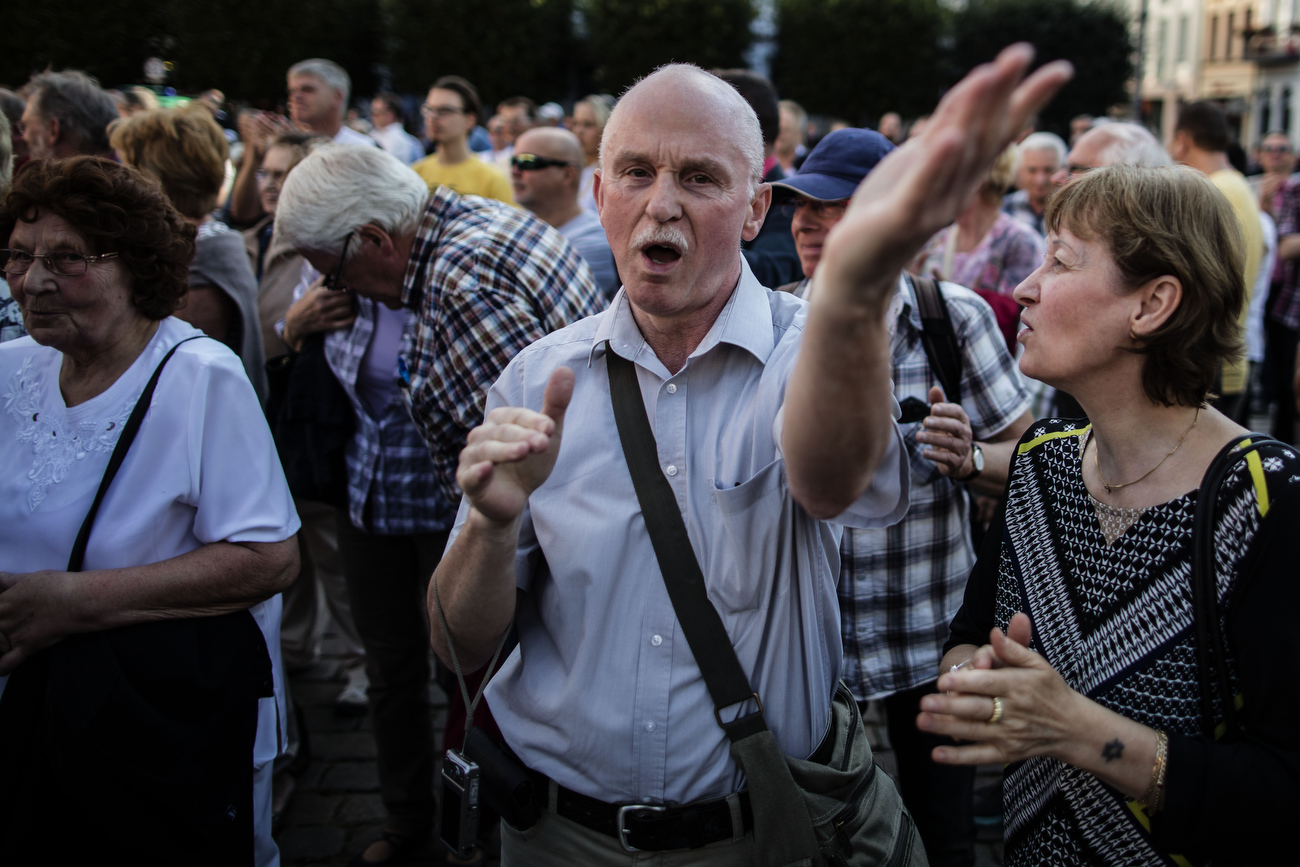 August 19, 2016 -Schwerin, Germany: Angry supporters threaten journalists as they applaud and shout: 'Hoecke, Hoecke' while they listen to Bjoern Hoecke, head of the Alternative fuer Deutschland political party (Alternative for Germany, AfD) in Thuringia and Holm, lead candidate for the AfD in Mecklenburg Western Pomerania. Both agitate a small crowd at an AfD party rally. The anti-immigration party is surging after Germany took in most of the more than 1 million refugees who arrived in the European Union last year. The party’s rise is narrowing coalition-building options for Germany’s established parties and threatens the status quo nationwide. Polls suggest the AfD will win up to 19% of the votes in this east German state of Mecklenburg-Western Pomerania, where Germanys Chancellor Merkel has her electoral district.