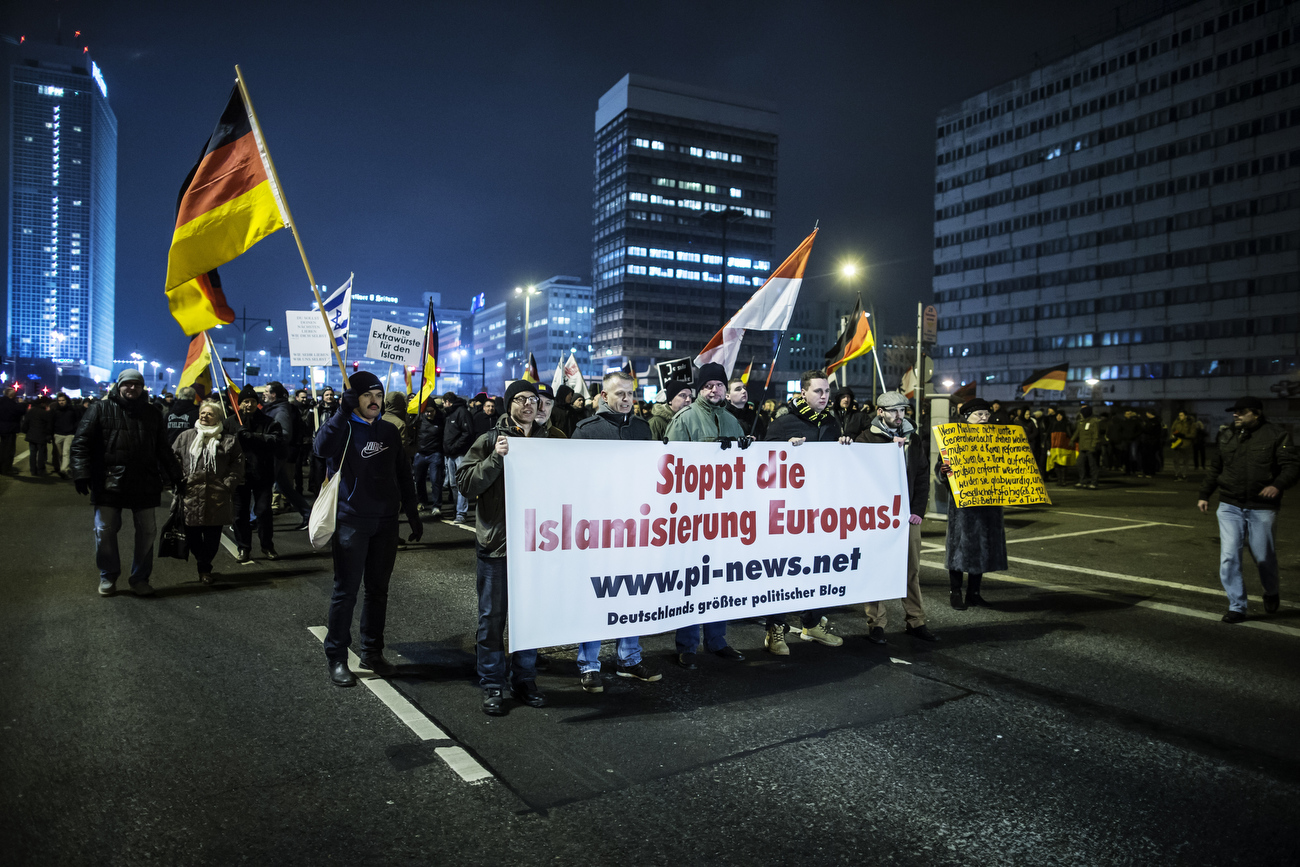 January 19, 2015 -Germany, Berlin, Berlin: Protesters hold a placard that reads: 'Stop the Islamization of Europe' at an Anti-Islam protesters march during a BERGIDA rally, a local copycat of Dresden's right-wing populist movement PEGIDA (Patriotic Europeans Against the Islamisation of the Occident), at Alexander Platz in Berlin, eastern Germany. The planned Dresden demonstration rally by the anti-Islamic Pegida movement was banned by German police with other public open-air gatherings in the eastern city of Dresden on Monday, citing a terrorist threat.