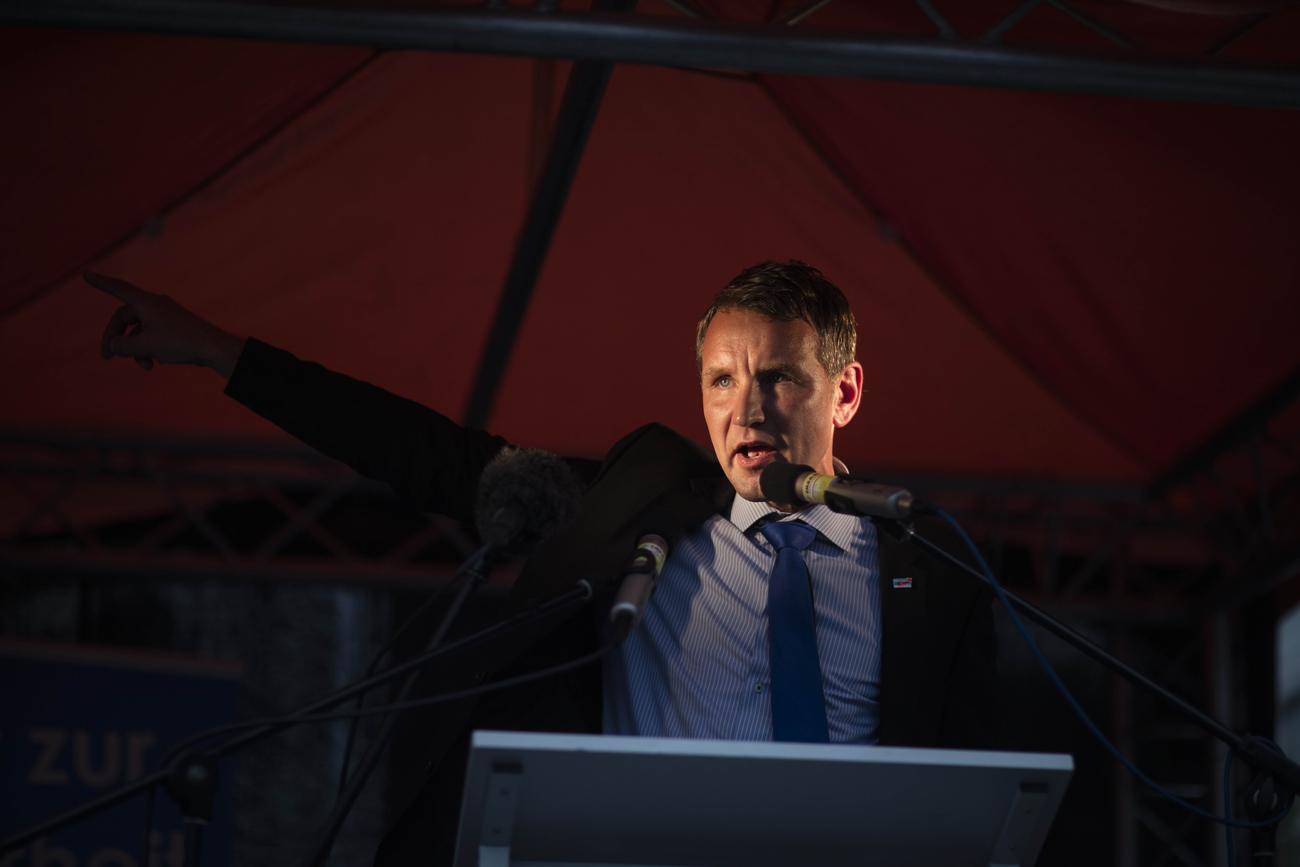 August 12, 2016 -Neubrandenburg, East Germany: Bjoern Hoecke, head of the Alternative fuer Deutschland political party (Alternative for Germany, AfD) in Thuringia, agitates a small crowd at an AfD party rally. The anti-immigration party is surging after Germany took in most of the more than 1 million refugees who arrived in the European Union last year. The party’s rise is narrowing coalition-building options for Germany’s established parties and threatens the status quo nationwide. Polls suggest the AfD will win up to 19% of the votes in this east German state of Mecklenburg-Western Pomerania, where Germanys Chancellor Merkel has her electoral district.