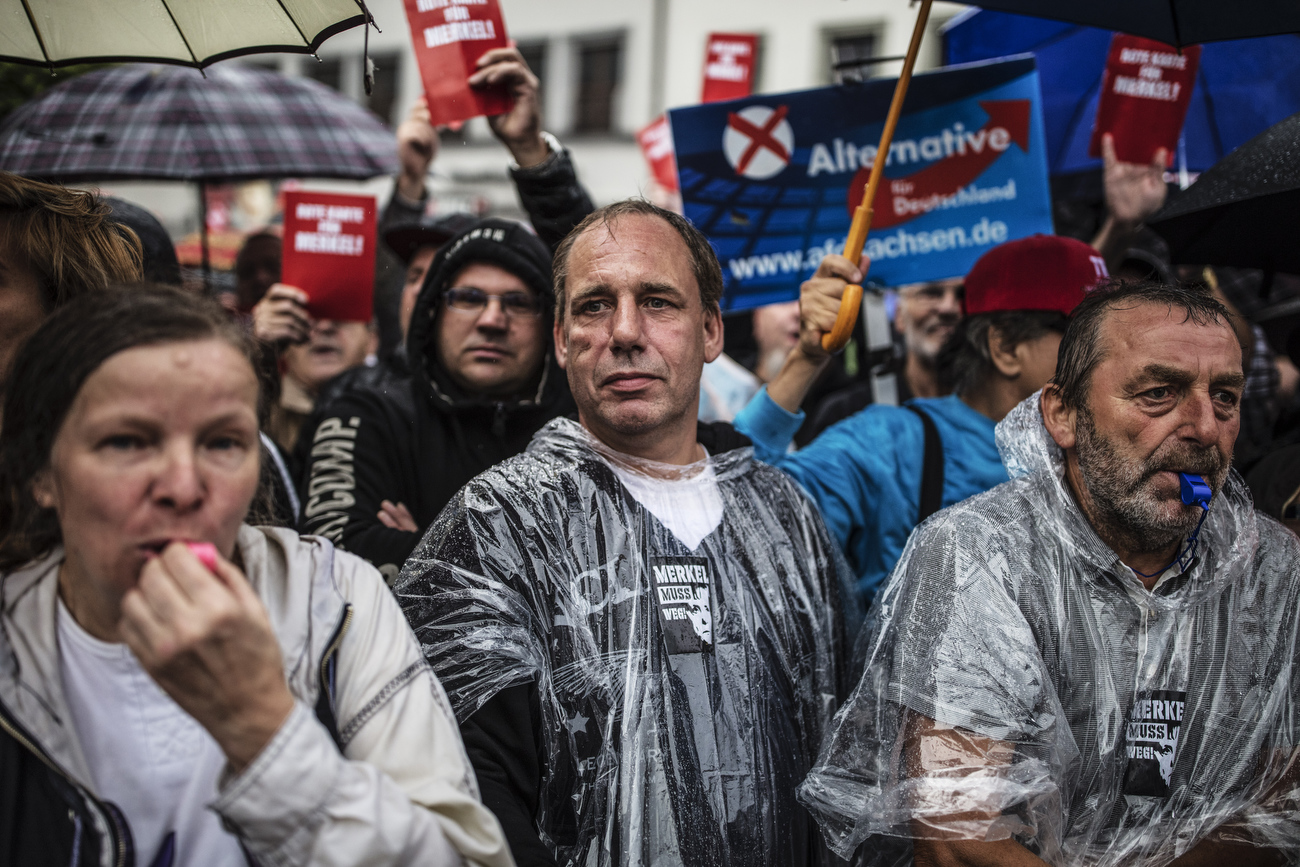 September 06, 2017 - Torgau: Protesters and hecklers chant 'Merkel muss weg!' ('Merkel must go!') and 'Volksverraeter!' ('Traitor to the people!') while demonstrating at the edge of an election campaign stop where German Chancellor and Christian Democrat (CDU) Angela Merkel is speaking. Merkel is seeking a fourth term in federal elections scheduled for September 24 and is currently campaigning across Germany.