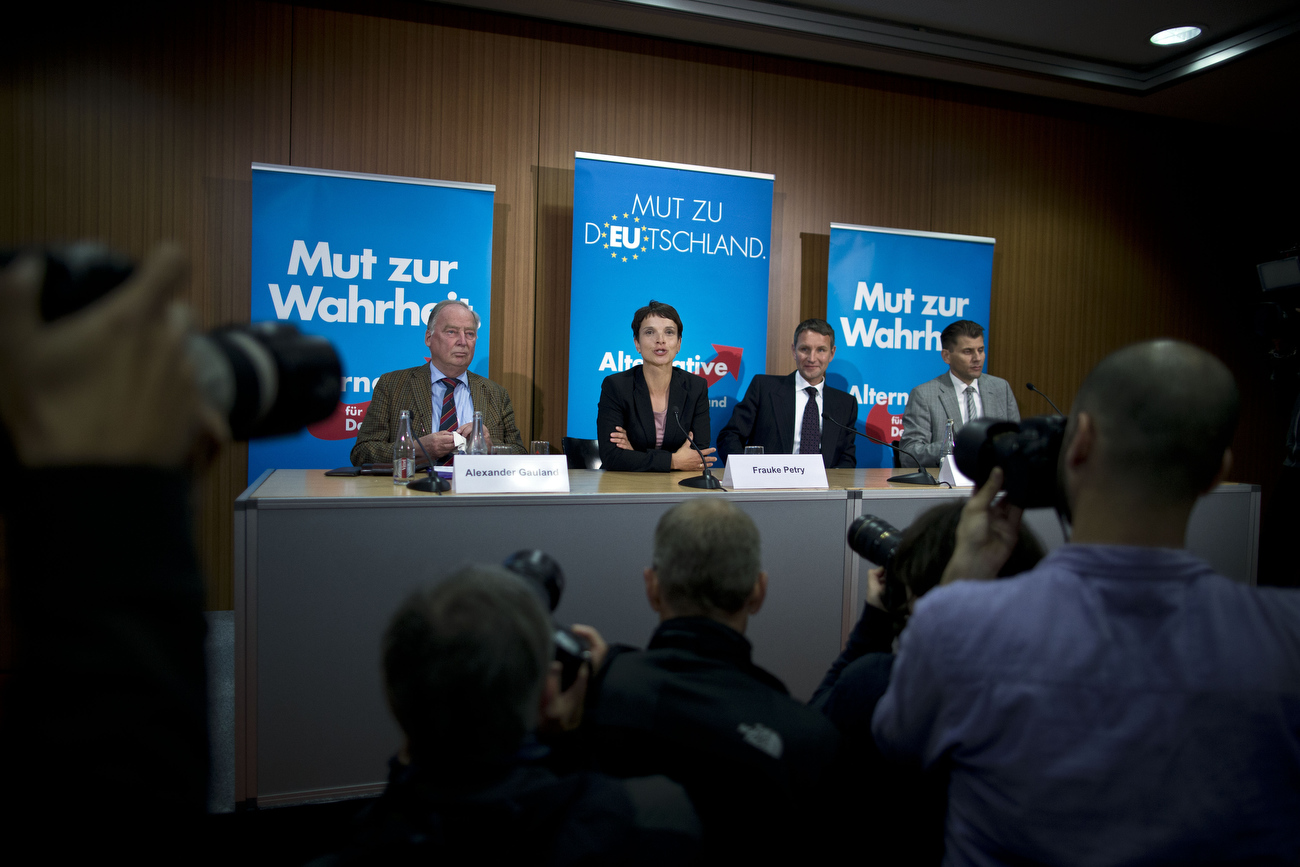 September 01, 2014 - Berlin, Germany: Frauke Petry (L), lead candidate for the AfD (Alternative fuer Deutschland, or Alternative for Germany) political party in recent Saxony state elections, speaks to the media with Bjoern Hoecke (C), AfD lead candidate in Thuringia, the day after the AfD won an unexpected 9.7% of the popular vote in Saxony state elections. The party, which is presenting itself as right of center, Euro skeptic is developing itself as a significant player on the German political landscape. (Hermann BredehorstPolaris)