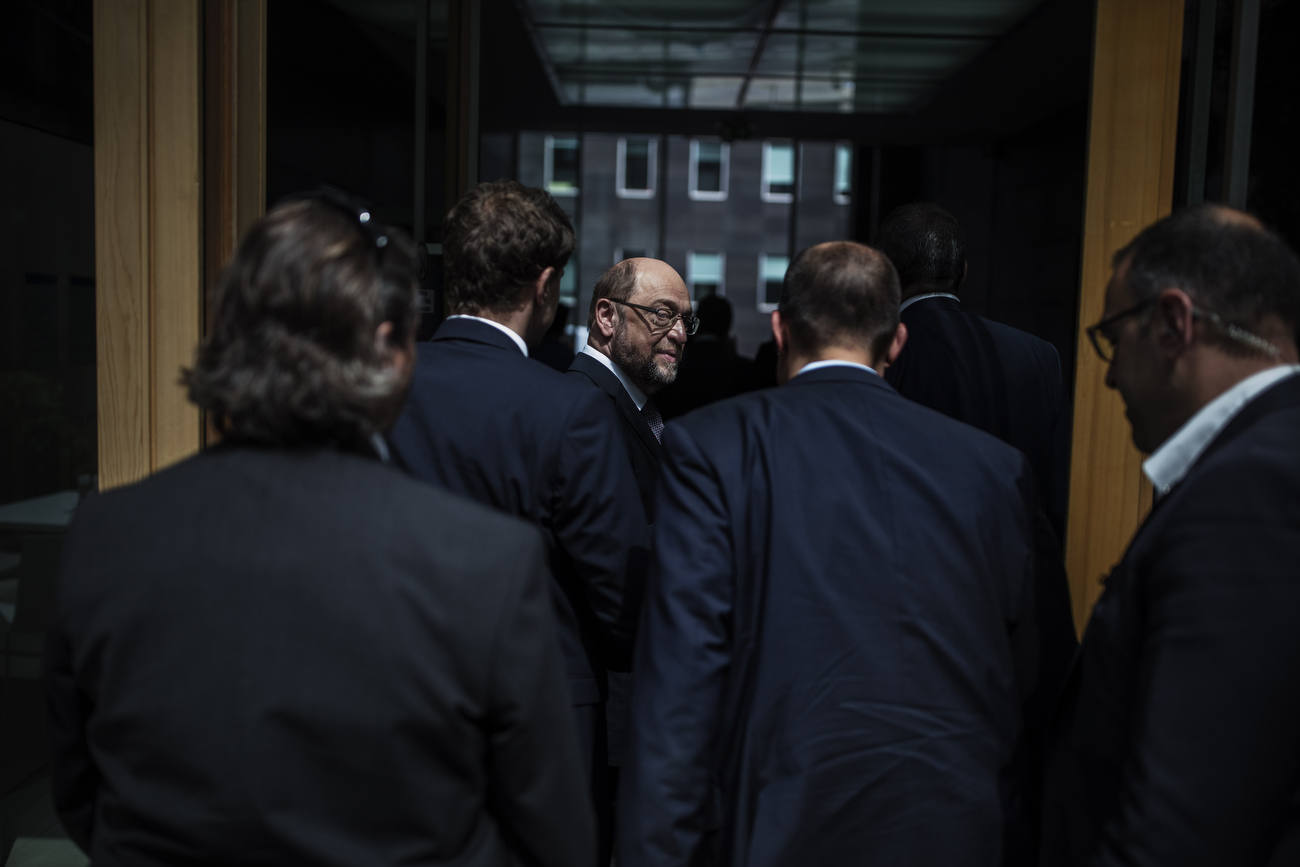 June 27, 2017 - Berlin, Germany: Martin Schulz, leader of Germany's social democratic SPD party (C) and candidate for Chancellor looks back over his shoulder as he leaves the building surrounded by his speaker, aides and members of his security detail after speaking at a press conference to sum up the Social Democrats coalition with Merkels CDU/CSU party before the end of this parliamentary term. Schulz and leading members of his party presented the SPD's accomplishments as a member of the current German coalition government but also listed its many policy shortcomings that it blames on its coalition partner. Germany faces federal elections in September. Schulz tweeted: "We will push through marriage equality in Germany," "This week." . (Hermann Bredehorst / Polaris)