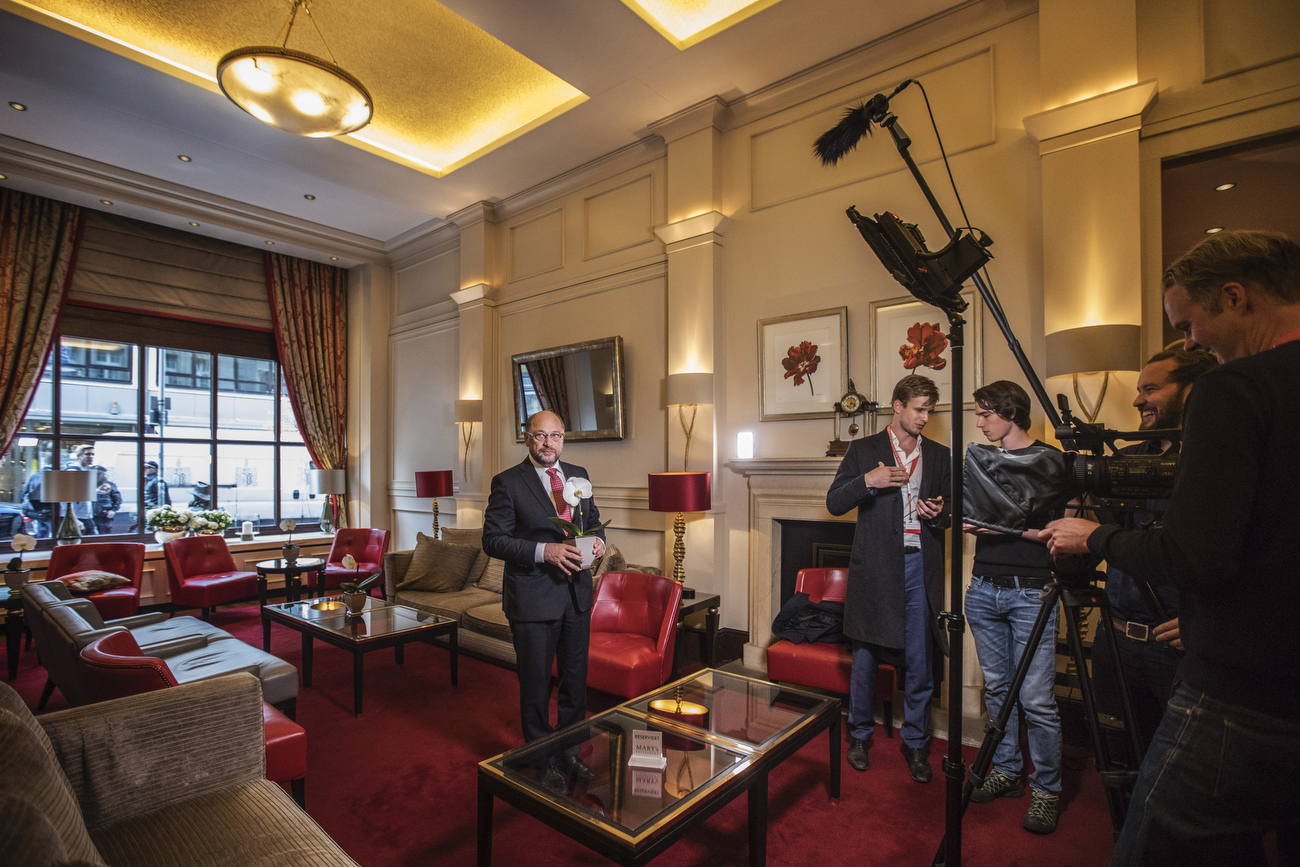 September 21, 2017 - Hannover, Germany: Social Democrats Party (SPD) leader and candidate for Chancellor Martin Schulz takes a break inside a hotel and is forced by his team to record statements for the internet SPD campaign before he greets fans and speaks to supporters at an election campaign rally of the SPD in the Northern town of Hannover, during the final days before Germans head to the polls. (Hermann Bredehorst / Der Spiegel / Polaris)